Second consultative meeting regarding the content of history textbooks 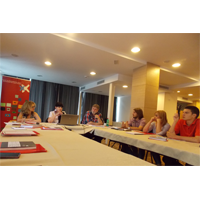 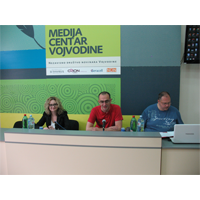 The Humanitarian Law Center held the first in a series of consultative meetings titled History Textbooks in Serbia: Education for Reconciliation? on Monday June 8th, 2015 in Novi Sad. The meeting was held in the Media Centre of the Independent Journalists’ Association of Vojvodina (IJAV), and the opening remarks were made by Marijana Toma, HLC Education Director, and Dinko Gruhonjić from the Faculty of Philosophy in Novi Sad.  The speakers at the meeting included Nedim Sejdinović from IJAV, Željko Stanetić from the Vojvodinian Civic Centre, and Norbert Šinković, Assistant Professor at the Faculty of Philosophy in Novi Sad. END_OF_DOCUMENT_TOKEN_TO_BE_REPLACED 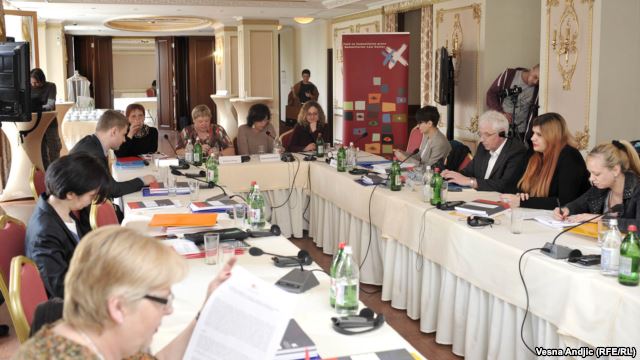 On Friday April 24th, 2015, the Humanitarian Law Center (HLC) held a conference History textbooks in post-conflict societies: Education for reconciliation? The HLC’s aim was to contribute to the debate on the role of education in the process of dealing with the past and overcoming its heavy legacy, and the actualization of the issue to do with the contents of history textbooks regarding the wars and war crimes committed on the territory of the former Yugoslavia during the 1990’s. Experts in the fields of history, political studies, law, sociology, and philosophy, many of whom have already made their contributions to the analysis of the content of history textbooks, were invited. The participants were invited to offer their answers to the problem of how historiography today values the judicial facts about war crimes, why most of the textbooks ignore these facts, which historical sources are relevant for the wars waged during 1990’s, and what the role of the voluminous material now available about war crimes, collected by the International Criminal Tribunal for the Former Yugoslavia (ICTY), might be in the creation of a common historical memory of all societies in the former Yugoslavia.
END_OF_DOCUMENT_TOKEN_TO_BE_REPLACED

The selected papers written by the second generation students of the Regional School for Transitional Justice have been gathered in the second issue of the Journal of Papers. The students’ papers have been grouped according to the main Transitional Justice topics– from analyses of war crimes trials, victims’ rights to reparation, and the role of the media in the reconciliation process, to analyses of current endeavours aimed at the acknowledgement of the right to truth about the crimes committed in the past. END_OF_DOCUMENT_TOKEN_TO_BE_REPLACED 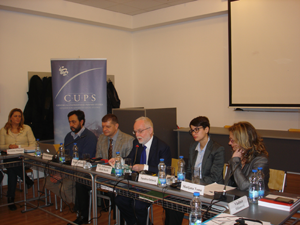 The Humanitarian Law Center (HLC), the Humanitarian Law Center Kosovo and the ‘Lawyer’ Association from Sarajevo, in cooperation with the Union University Faculty of Law and the Center for Comparative Studies, organized a conference on the role of education in the processes and strategies of Transitional Justice on February 6th, 2015. The Conference was held at the Union University Faculty of Law with the participation of academic communities from Bosnia and Herzegovina, Kosovo and Serbia, including university professors, researchers and research fellows in the fields of law, history, anthropology, sociology, political sciences, and other sciences and disciplines, as well as representatives of three generations of students of the Regional School of Transitional Justice. END_OF_DOCUMENT_TOKEN_TO_BE_REPLACED 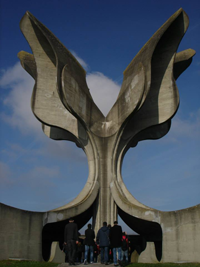 A two-day visit to memorial sites in Bosnia and Herzegovina and Croatia was organized as part of the study programme of the Regional School of Transitional Justice. Twenty-five students of the third generation of the Regional School of Transitional Justice visited the memorial monument and memorial museum in Jasenovac, Croatia, first, after which they visited Prijedor, Vukovar and Sotin, sites where mass crimes happened during the wars of the 1990s. END_OF_DOCUMENT_TOKEN_TO_BE_REPLACED

Third Regional School of Transitional Justice: By Learning Towards Remembrance 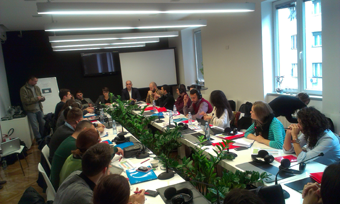 The third Regional School of Transitional Justice was launched today in the library of the Humanitarian Law Center (HLC). The ten-day education programme on mechanisms of dealing with the past is being attended by 25 students, young professionals, scholars, and human rights activists from Bosnia and Herzegovina, Kosovo and Serbia. The School is organized by the HLC, the Pravnik (Lawyer) Association from Sarajevo, and the Humanitarian Law Center Kosovo. END_OF_DOCUMENT_TOKEN_TO_BE_REPLACED