Report on War Crimes Trials in Serbia during 2021 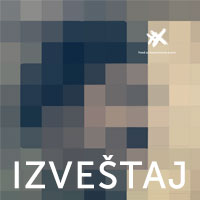 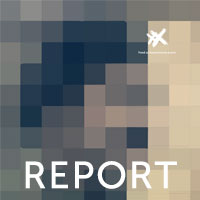 The HLC has monitored all war crimes trials conducted in the territory of Serbia in 2021, namely a total of 26 cases conducted before the War Crimes Departments of the Higher Court and/or the Court of Appeal in Belgrade. The Report provides a brief overview of the proceedings and of the HLC’s basic findings in respect of cases which are of public relevance. A large number of the war crimes cases covered by this Report have been going on for a number of years now, so that previous HLC annual trial reports are also relevant for a full grasp of the course of the proceedings and the pertinent HLC findings.

The report focuses on the work of the Office of the War Crimes Prosecutor (OWCP) and of the courts in parts of the judicial proceedings open to the public, primarily by analysing the indictments and the judgments in each particular case. An analysis of the work of other bodies involved in the prosecution of war crimes – the War Crimes Investigation Service of the Serbian Ministry of the Interior (MUP), the Witness Protection Unit and others, cannot not be undertaken in respect of the individual cases, as no information on their activities is publicly available.

In the reporting period, the War Crimes Department of the Higher Court in Belgrade handed down first-instance judgments in five cases. It also rendered decisions terminating criminal proceedings in respect of three defendants who had died, and dismissed the indictments against two defendants who had become unfit to stand trial. The War Crimes Department of the Court of Appeal in Belgrade handed down six judgments4 and three rulings on appeals lodged against judgments of the Higher Court in Belgrade quashing the first instance judgments and remanding the cases for retrial.5 In the reporting period the OWCP issued seven indictments against nine persons. Since it began working in 2003 until the end of 2021, the OWCP brought indictments in 88 war crimes cases, indicting a total of 210 persons and encompassing at least 3,041 victims who lost their lives.

Final judgments have been rendered in 58 cases and 17 cases are pending. In cases which have been

concluded by a final decision, a total of 86 defendants have been convicted and 54 acquitted. Also, indictments were dismissed against 24 out of the total number of the indictees, either on account of their incapacity to stand trial, or because proceedings were terminated on account of their deaths. In the finally concluded cases, the indictments listed a total of 1,049 victims who had lost their lives, whereas the final judgments list 737 victims who had perished.

The report is available here.

Posted On 19th Juni 2007 ~ Comments Off on Practice of Implementing the Law on the Use of Language in the Kosovo Education Process
U periodu od februara do maja 2007. godine članovi istraživačkog tima FHP – Kosovo su pratili da li se u praksi primenjuju odredbe člana 4.4.

Abductions and Disappearances of non-Albanians in Kosovo