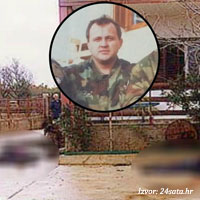 In early March 2019, Zoran Tadić, whom the Croatian authorities suspect of having committed a crime in the Croatian village of Škabrnja in November 1991, fled from Australia, where he had been living since 1992, to Serbia. The Humanitarian Law Center (HLC) demands that the Office of War Crimes Prosecutor (OWCP) act on the criminal charges filed by the HLC in 2017 for the crime committed in Škabrnja, and conduct an efficient and effective investigation regarding Tadić’s involvement in this crime.

In mid-January 2019, the Police Office (PO) in Zadar (Croatia) presented the results of its investigation into war crimes committed during an attack by the Yugoslav People’s Army and the Benkovac Territorial Defence (TO) on the village of Škabrnja in November 1991. As a suspect for these crimes, the PO identified the then commander of the Benkovac TO – Zoran Tadic, a volunteer from Loznica. After identifying the perpetrator, the PO filed a criminal charge against Tadić with the State Attorney’s Office in Split. In the following days, the media in Croatia and Australia began reporting intensively on this case. In early March 2019, the Daily Mail Australia reported on the flight of Zoran Tadić to Serbia; in addition to Australian citizenship, Tadić also has Serbian citizenship. As from March 12, 2019, the portal Vesti online has been continuously announcing an interview with Zoran Tadić, in which he confirms that he is in Serbia, and that he expects help from the state in trying to prove that he is innocent of the crimes he is suspected of.

Given that the HLC filed the criminal charges two years ago for the crime committed in Škabrnja, and that the Croatian authorities conducted an investigation into this incident, the HLC demands that the OWCP investigate Zoran Tadić regarding his involvement in the crime in Škabrnja as soon as possible, and thus demonstrates its clear intention to conduct an effective and efficient investigation in this case.