Truth and Revisionism in Bosnia and Herzegovina 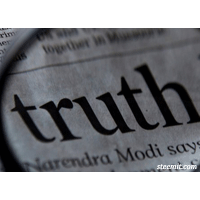 As scholars whose research involves public understandings of recent history, conflicts over public memory, and efforts to achieve justice in relation to massive crimes committed in the wars of succession in the former Yugoslavia, we feel obligated to provide some context for understanding the two commissions recently appointed by the government of the Republika Srpska (RS) entity in Bosnia and Herzegovina. The first is charged with revisiting the conclusions of the 2004 Srebrenica commission, and the other with investigating abuses committed against members of the ethnic Serb population in Sarajevo.

While regional media continue to trade in predictable nationalist recriminations, we begin with a simple point: There are already existing frameworks for reaching truth and reconciliation, both globally and in the Yugoslav region, and the newly announced RS commissions fit into a pattern of deliberate revision of established truths. Here we want to lay out the issues at stake.

In general where initiatives in the region have failed, it has either been because a lack of public legitimacy or because of an appearance of partiality or insincerity. The worst efforts have been those which have attempted to trivialise crimes as “inevitable” byproducts of war, to dissolve them into the mud of relativisation, or to minimise them by broadening contexts to expand into a variety of irrelevant considerations. Common to every unsuccessful initiative is disrespect for the needs and experiences of victims.

The rhetorical technique apparent in the record of denial is reminiscent of the very controversial theses offered in the 1980s by Ernst Nolte, who sought to legitimate outrages committed by the Nazis by dissolving them into grievances against modernity and Soviet Communism.

We note here that the newly created commissions represent the culmination of more than a decade of genocide denial and historical revisionism by the SNSD government in the RS, a period which has coincided with a dramatic decline in the overall democratic legitimacy and transparency of the government in Banja Luka. Moreover, the membership of the commission is composed of fringe elements, individuals who do not represent either the consensus views of the academic or legal communities, and who appear handpicked to produce narratives that will advance the revisionist politics of the current RS government.

Although we regard the recent initiative by RS authorities as illegitimate overall, we understand that it represents a flawed response to a legitimate need. Citizens of the states of Southeast Europe have a right to truth, are hurt by the persistent denial of this right and its replacement with a steady diet of tendentious propaganda, and are being deprived of the opportunity to live in peace and move toward reconciliation because of this. There is a genuine need for facts to be established, for facts that have already been established to be recognised, and for knowledge to operate as the foundation for communication and moral responsibility.