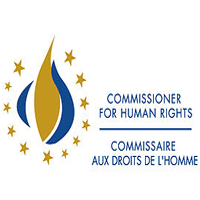 The Council of Europe Commissioner for Human Rights addressed a letter on September 12th, 2016 to the Minister of Labour, Employment, Social and Veterans Affairs in the Government of the Republic of Serbia, Mr. Aleksandar Vulin, in which he is seeking information about the measures taken by Serbia in order to fulfil the recommendations on comprehensive and just reparations for civilian victims of war, which the Commissioner expressed in his Report on the visit to Serbia in July 2015.

In this report, the Commissioner for Human Rights expressed his worries that a great number of civilian victims of war would be excluded from realizing their right to adequate and efficient reparations despite the continuous requests made by relevant international bodies. He then pointed out that the existing legal framework deprives a number of categories of civilian victims of war, including victims of Serbian army and police, families of missing persons, victims of sexual violence, and others, from the right to material and other sort of support. On this occasion, the Commissioner also reminded of a number of remarks made about the new Bill, the passing of which the Ministry initiated in December 2014.

Here you can download the letter of the Council of Europe Commissioner for Human Rights.

Families of victims: solving fate of missing persons humanitarian rather than political issue

Committee on Enforced Disappearances: Serbia to prosecute individuals responsible for enforced disappearances and to protect rights of victims