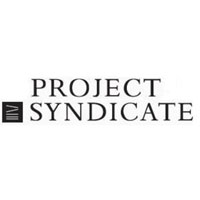 NEW YORK – The conviction by the International Criminal Tribunal for the Former Yugoslavia (ICTY) of Radovan Karadžić, the former Bosnian Serb leader, for crimes against humanity and genocide filled many, including me, with a sense of deep satisfaction. The verdict has not only brought some semblance of closure to the most brutal European conflict since World War II; it has also demonstrated the international community’s commitment to ensuring justice and accountability in such matters. Not even the not-guilty verdict of the Serbian nationalist leader Vojislav Šešelj, reached just a few days after Karadžić’s, can undermine that impact.

Nearly 25 years ago, in July 1992, I issued, on behalf of Human Rights Watch (which I then directed), a call for the ICTY’s establishment. At about the same time, the existence of the concentration camps that Karadžić’s forces had created – in which Muslim men and women were starved, tortured, raped, and murdered – came to light, catalyzing support for that call.

In early 1993, when the creation of the ICTY was still being debated, I made three trips to Sarajevo, the Bosnian capital besieged by Karadžić’s troops. It was a grim time. Almost nothing worked. There was no electricity or heat on those cold winter days; no water flowed from the faucets; and there was very little food. Worse, every day, many of the city’s residents were wounded and killed by shelling and sniping from the hills surrounding the city, which just a few years earlier had been enlivened by the 1984 Winter Olympics.

Those visits included meetings with Bosnian lawyers and others in which I discussed the incipient tribunal’s prospects and goals. While my words were met with polite nods and plenty of questions, few of the Bosnians to whom I spoke seemed to believe that the ICTY would actually amount to anything. Instead, they regarded the idea as a fantasy meant to provide some comfort in their darkest hour; at times, I wondered whether they were right.

After all, it is not as if the international community had shown an interest in intervening to help the Bosnians. Even as Karadžić’s forces, backed by the regular armed forces of Slobodan Milosevic’s rump Yugoslav state, trundled brutally toward victory, the United Nations remained neutral, delivering only some food. As a result, it was difficult to imagine that the international community would ever bring the aggressors to justice.

Critics outside Bosnia expressed similar skepticism, declaring that the ICTY would amount to nothing but a fig leaf to cover up inaction in the face of horrific crimes. As I acknowledged at the time, that prediction certainly had merit; nonetheless, I persisted in contending that the tribunal could eventually bring to justice many of those most responsible. I knew that the ICTY would have no chance of success whatsoever if people like me wavered in supporting it.

It seems that optimism won out. In May 1993, the UN Security Council unanimously approved a resolution establishing the ICTY. And nearly a quarter-century later, the tribunal has exceeded expectations.

Indeed, the ICTY has obtained custody of all those it indicted on all sides of the wars in the former Yugoslavia, except those who died before they were captured or turned over to it by the parties to the conflict. It has conducted high-quality trials, which adhered to the standards of due process and resulted in both convictions and acquittals. Following Karadžić’s conviction, for example, the tribunal cleared Šešelj of nine counts of war crimes and crimes against humanity related to ethnic cleansing in Bosnia, Croatia, and Serbia’s Vojvodina region Though I side with the Italian judge who dissented in that case, the decision reflects the Court’s high standards for proving the link between incitement and the crimes committed.

Moreover, the ICTY has cooperated with courts in Bosnia, Croatia, and Serbia to bring to justice many lower-ranking participants in the post-Yugoslav wars. And the European Union has recently established a special court to deal with crimes by Kosovar forces in the war they fought later in the decade. Also, of course, it was the ICTY that inspired the establishment of other international criminal tribunals, including the permanent International Criminal Court.

Ensuring that the ICTY could emerge as a force for justice was no easy feat, and it required contributions from many individuals along the way. Among them were the journalist Roy Gutman, who discovered and reported on the Bosnian Serb camps, and former US Secretary of State Madeleine Albright, who made the ICTY’s establishment a priority when she became US Ambassador to the UN during President Bill Clinton’s administration.

Then there was the ICTY’s first chief prosecutor, Richard Goldstone, who indicted Karadžić and whose reputation for independence and integrity strengthened confidence in the new body. The courageous Serb human-rights advocate Nataša Kandić also played a key role, by reliably and tirelessly documenting war crimes committed by all parties in the former Yugoslavia. The American General Jacques Klein also contributed, as he took the first step in directing the arrest of a Bosnian Serb war criminal. Finally, the late British Foreign Secretary Robin Cook insisted that British troops among the NATO forces occupying post-war Bosnia should be responsible for making such arrests.

Like me, all of these actors undoubtedly faced skepticism about the ICTY and its work; perhaps they even had their own doubts. But they knew that the tribunal’s potential impact was too great not to try. With the conviction of Karadžić, their efforts have been rewarded. Justice has finally been served.