Depth Two: Facing up to our own crimes 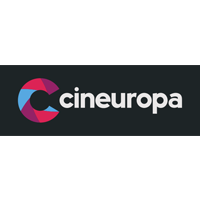 For six years, Serbian filmmaker Ognjen Glavonić has been researching a hidden event from the war in Kosovo for a fiction feature he is trying to make. While the lack of financing is still preventing him from reaching that goal, the work he has done has resulted in an impressively inventive documentary that world-premiered in the Berlinale‘s Forum.

In his first feature-length film, Depth Two [+], which recounts an event from the Kosovo war in 1999, when a freezer truck containing the 55 bodies of Albanian civilians killed by the Serbian police and army ran off the road into the Danube near the Serbian-Romanian border, Glavonić uses the testimonies of the perpetrators, witnesses and a victim who survived the massacre by pretending she was dead.

In 2001 and 2002, five mass graves were discovered in a Belgrade suburb, at the place where the training area of the Special Anti-terrorist Forces was located at the time. The film explores how these two events are connected in an extraordinarily effective way.

The film opens on the Danube, near the town of Tekija, where the truck was pulled out of the water. The words of a policeman who was first on the scene, coming from off-screen, like all the testimonies in the film, are paired visually with shots of the river location. The words of other witnesses are also coupled with scenes filmed at their respective locations, only 17 years later. These range from the Danube, through Priština and two small towns in Kosovo, to central Serbia and finally Batajnica, the spot of the mass graves.

This combination of the troubling, tragic and shocking stories and shots of the locations at first helps the viewer to focus on the voices. But then something new happens: imagination kicks in, and the film becomes almost hypnotic, creating images in our heads. And these images are nothing less than horrifying. In addition, the thriller-like structure allows the audience to connect the dots themselves, ratcheting up the feeling of tension and, finally, shock.

The central part of the film is dedicated to alternating testimonies from the Albanian victim who survived and one of the soldiers who perpetrated the crime. Hearing the soldier, one cannot but realise that he is a victim, too. But Glavonić leaves no room for the alibis that even the best of the films from the Balkans dealing with war crimes present for their own nations. Finally, here is an internationally acclaimed film in which a director from one of the former Yugoslav countries says: we did this, and we should be ashamed. And if there ever was a perfect place to make this statement, it certainly is Berlin.

Most of the sound bites were recorded at the trials of Milošević and his subordinates at the International Court for the Former Yugoslavia in The Hague. Editor Jelena Maksimović (Mother [+]) creates an unrelenting rhythm, in which there is no room for the release of tension, even in the parts that don’t contain testimonies. Simultaneously, the film cannot be described as fast: its pace is slow, but its content is too powerful to let the viewer breathe. This is best left for after the experience, which stays with you for a long time.

Depth Two is a co-production by Serbia’s Non-Aligned Films and the Humanitarian Law Centre, and France’s Cinéma Defacto. The international rights are handled by Greek company Heretic Outreach.

Taken from the portal Cineuropa