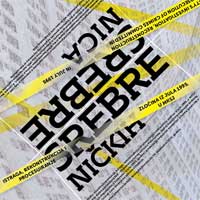 An audio-visual presentation called „The ICTY’s investigation, reconstruction and prosecution of crimes committed in Srebrenica in July 1995“ was opened at the Center for Cultural Decontamination (CZKD) on 14 September 2015, organized by the Humanitarian Law Center (HLC) and SENSE – Center for Transitional Justice in Pula. The exhibition was opened by Sandra Orlovic, executive director of the HLC, Mirko Klarin, director of SENSE, Munira Subasic of the Association of Mothers of Srebrenica and Zepa, and Borka Pavicevic, director of the CZKD.

The audio-visual presentation is a part of the permanent exhibition of SENSE – the Documentation Center, which forms part of the Memorial Center in Potocari. The presentation contains the most important segments of court records on the genocide committed in Srebrenica. The 20-year anniversary of the Srebrenica genocide is among the motives for its presentation in Belgrade, said Sandra Orlovic. She also pointed out that September was an important period in the chronology of this event since this was the month of its final phase, when the bodies were transferred from primary into secondary grave sites with the aim of concealing the crime. Secondly, the judgement of the International Court of Justice (ICJ) on Serbia’s guilt for violating the UN Convention on the Prevention and Punishment of the Crime of Genocide imposes an obligation of the public remembrance of the victims of this crime, precisely in Belgrade. In her opinion, “Belgrade is an important point on the genocide map since the institutions of Serbia supported the politics in BiH militarily, politically and materially, persistently and for a long time – the politics that led to ethnic cleansing and genocide in BiH”. Finally, the presentation is an opportunity to remind the public in Serbia and its institutions of court-established facts about the genocide in Srebrenica. The fact that the crime in Srebrenica is legally qualified as genocide in four cases before the ICTY and in one case before the ICJ is a zero mark both for our understanding of what happened in Srebrenica and also for the reconciliation process.

The ICTY’s investigation, reconstruction and prosecution of crimes committed in Srebrenica in July 1995

Mirko Klarin pointed out that the presentation was the result of several years of work and monitoring the trials before the ICTY. As the mandate of the ICTY is coming to an end, SENSE – the Center for Transitional Justice decided to return the extensive and important material from the trials to the communities where the crimes had been committed, in order to show the way the suffering was researched, reconstructed and prosecuted before the ICTY. This is how the Documentation Center Srebrenica was founded. Presenting the presentation itself, Klarin said that it is divided into eight segments, starting from the investigation, exhumation, testimonies of the survivors of the Srebrenica scaffolds, admissions of guilt, unwilling testimonies of participants, testimonies of helpless spectators, consequences of the genocide on survivors and the epilogue that provides concise arguments why the events of July 1995 were qualified as genocide.

Munira Subasic, the mother of Nermin, who was taken from her hands in Potocari and whose incomplete remains she buried in 2013, called on young people to visit both the exhibition and Srebrenica, because it is the only way they can discover what really happened. Young people are especially in favour of reconciliation, since they are the ones who inherit the future. However, a prerequisite for reconciliation is to determine the truth about crimes and provide justice to the victims. Subasic therefore appealed to the citizens of Serbia to face facts on the genocide in Srebrenica and accept them. According to her, this would provide a relief to the murderers of the children of Srebrenica, whose lives are even harder than the lives of mothers who lost their children and who are still searching for them, due to the guilt and burden of their crime.

Borka Pavicevic pointed out that the way people talk about crimes is an image of certain epochs, an image that reflects our society: society is in fact a reflection of the way we relate to crimes. Therefore, Srebrenica and all our memories of it are history, museum and archive, which will show what people in these areas did to each other and how they talked about it one day. This is why the vivid memory that captures the current political moment is of great importance and should be enabled and fostered.

The audio-visual presentation “The Investigation, Reconstruction and Prosecution of Crimes in Srebrenica in July 1995 before the ICTY“ is open until 19 September 2015.