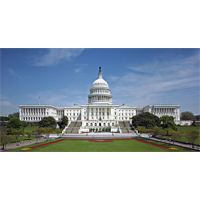 On May 21st, 2015, members of the United States (US) House Committee on Foreign Affairs presented a resolution to the House of Representatives on the significance of establishing responsibility for the murders of US citizens Mehmet (21), Agron (23), and Ylli (25) Bytyqi committed in 1999 in Serbia. The co-sponsors of the resolution underlined that establishing justice in the Bytyqi Brothers case represents a significant factor in determining the further development of relations between the United States of America and the Republic of Serbia.

The resolution further emphasizes that no individual has ever been found guilty of the murders of Ylli, Agron, and Mehmet Bytyqi or of any other crimes associated with their deaths and no individual is currently facing criminal charges regarding the murder of the Bytyqi brothers, and suggests that the individuals responsible for this murder must be brought to justice as soon as possible. The Government of Serbia and its relevant ministries and offices – including the Office of the War Crimes Prosecutor – should make it a priority to investigate and prosecute the current or former officials believed to be responsible for their deaths as soon as possible. The progress made in resolving this case should be the factor determining the further development of relations between the US and the Republic of Serbia.

One of the co-sponsors of the Resolution, Congressman Lee Zeldin, stated when presenting the resolution that “the Government of Serbia must establish criminal responsibility for the brutal execution of the Bytyqi brothers” and that it should “encourage all relevant actors in the Republic of Serbia to make the establishing of justice for these brutal acts of hate their priority.” Speaking on behalf of the Bytyqi family, Fatos Bytyqi, the brother of the murder victims, expressed his long-lasting frustration due to the fact that the political establishment in Serbia still protects the high-ranking individuals suspected of the execution of his brothers, including Goran Radosavljević, a.k.a. Guri.

The resolution is available here.