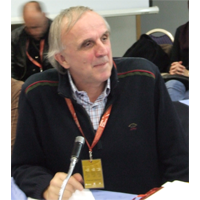 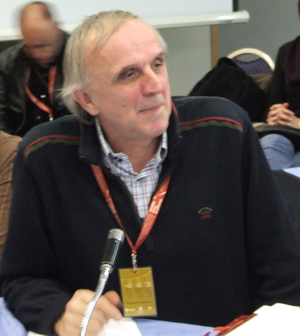 It is with deep sorrow that the Humanitarian Law Center (HLC) must now inform the public that our long-time associate and friend, Attorney Dragoljub Todorović, passed away on May 14th, 2015.

Dragoljub had represented victims and victims’ family members on behalf of the HLC, since the beginning of the war crimes trials in Serbia. He persistently advocated the protection of their rights, thereby offering his contribution to the substantiation of the truth about the kidnapping in Štrpci, the brutal execution of the Bogujevci family in Podujevo, and the crimes committed at Ovčara, Zvornik, Trnovo, and elsewhere. During 1999 and 2000, Dragoljub, together with the HLC’s team of attorneys, defended the Kosovo Albanians unlawfully detained in politically motivated proceedings.

Besides numerous books and articles, Dragoljub also authored a number of analyses of war crimes trials, which helped break down the wall of silence regarding the crimes committed, their perpetrators, and the victims.

We will remember him not only as an outstanding lawyer, but also as a persistent and adamant fighter for human rights and the truth about the responsibility for the war crimes committed during the armed conflicts on the territory of the former Yugoslavia.

The HLC is particularly appreciative of his remarkable character, and his willingness to share his rich knowledge, providing us with the opportunity to learn from him and improve on our own knowledge and help develop future generations of lawyers and researchers.