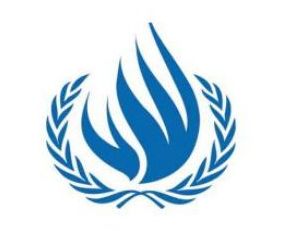 The Humanitarian Law Center (HLC) sent a report to the United Nations Committee Against Torture (Committee) on March 27th, 2015, relating to the situation in Serbia in this field and the progress made since the previous report submitted to the Committee in 2008. In its 54th session, scheduled to take place over the period April 20th to May 15th, 2015, the Committee will discuss the second periodical report by the Republic of Serbia on the application of the Convention Against Torture and Other Cruel, Inhuman or Degrading Treatment or Punishment (Convention).

In its Report, the HLC pointed to the political pressure in war crimes trials, and to the insufficient capacities of the Office of the War Crimes Prosecutor and the War Crimes Departments of the Higher Court and the Court of Appeals in Belgrade for acting in cases of this size and complexity. The Report also points to the inadequate legal framework, and to the inappropriate procedures and reactions of responsible institutions with regard to the protection of witnesses – in particular insider witnesses and victims of sexual violence. The HLC pointed in particular to the lack of an efficient legal solution which would allow victims to realize their right to reparation. Contrary to the Convention, the Law on Civilian Invalids of War does not perceive persons who have suffered the psychological consequences of violence endured or victims who have suffered bodily injury of less than 50% as civilian invalids of war. The HLC also pointed out that the Bill on the Rights of War Veterans,
Disabled War Veterans, Civilian Invalids of War and their Family Members prepared by the Ministry of Labour, Employment, Veteran and Social Policy in 2014 does not have as an objective the amendment of these shortcomings and improvement of the position of civilian victims, but only of war veterans. The HLC also pointed to the lack of adequate and efficient judicial protection of the right to compensation for damage to victims of torture and of other cruel, inhuman or degrading treatment or punishment, and referred to the case of Munir Šabotić. In its Report, the HLC drew attention to the lack of investigations in the cases of the concealment of bodies of Kosovo Albanians in mass graves in Serbia as a special problem.

The Socialist Federal Republic of Yugoslavia ratified this Convention in 1991, and the obligations emerging from the Convention were transferred to Serbia and other post-Yugoslav countries, according to the rules on succession of states. The first periodical report by Serbia was discussed before the Committee in 2008. At that point, the Committee produced its concluding observations, in which it identified a series of problems in the area of witness protection, investigation of war crimes, and the provision of reparation to victims of torture and other cruel, inhuman or degrading treatment or punishment.

After discussing the Report, the Committee will present its concluding observations for the purpose of providing assistance to member states in the implementation of the Convention. These observations will refer to positive aspects in the application of the Convention, as well as to the most problematic areas, and will contain the recommendations of the Committee for the resolution of the challenges that Serbia faces in this area of human rights protection.