Marking the anniversary of the crime committed in Štrpci 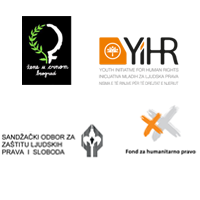 On Friday, February 27th, 2015, it will be 22 years since the abduction and murder of 20 passengers on the train travelling from Belgrade to Bar. The Women in Black, Youth Initiative for Human Rights, Sandžak Committee for the Protection of Human Rights and Freedoms and Humanitarian Law Center (HLC) will organize a Peace Action entitled ‘Truth – Accountability – Justice’ in front of the main entrance to Belgrade Railway Station, in order to remind the public of this crime, and to call on the institutions of Serbia to prosecute all the individuals responsible, find the locations with the mortal remains of the victims, and provide their families with dignified satisfaction and acknowledgement.

To date, only Nebojša Ranisavljević, a member of the “Avengers” armed group, which was under the control of the Republic of Srpska Army (VRS) Višegrad Brigade, has been prosecuted for the crime committed in Štrpci. In December 2014, in a joint police operation conducted on the territory of Serbia and Bosnia and Herzegovina, 15 individuals were arrested on suspicion that they had participated in the commission of this crime, and they are subject to a pending investigation. These individuals include the Commander of the Višegrad Brigade, Luka Dragičević, and commander of the Visegrad Brigade’s Intervention Squad, Boban Inđić, as well as Gojko Lukić, brother of ICTY convict and the Commander of the “Avengers” unit, Milan Lukić.

It was established in the trial of Nebojša Ranisavljević conducted before the Higher Court in Bijelo Polje that members of the VRS Višegrad Brigade, under the command of Milan Lukić, used force to stop  train no. 671 on February 27th, 1993 at the Station in Štrpci, and  forcibly took 20 passengers, including 18 Muslims, one Croat, and one person of unknown identity, off the train. They took them to the place known as Prelovo near Višegrad, where they robbed, beat, and tortured them in the local elementary school building. After this, they tied their hands with wire, took them to a truck and transported them to the village of Mušići, in the vicinity of Višegrad. In one of the abandoned houses, they ordered them to lie down, after which Boban Inđić and Milan Lukić shot them. During all this time, Nebojša Ranisavljević kept guard; and when two passengers tried to escape, he shot at them, wounding one of them. Milan Lukić then went up to the wounded man and slit his throat.

During the trial of Ranisavljević, it was established that the kidnapping was planned in advance and the highest ranking state officials in the then Federal Republic of Yugoslavia (FRY) had knowledge of this operation. These authorities included the Ministry of Defence, Ministry of the Interior, Yugoslav Army, and State Security Service. However, none of these authorities had done anything to prevent the kidnapping.

The Women in Black, Youth Initiative for Human Rights, Sandžak Committee for the Protection of Human Rights and Freedoms, and HLC call for the Republic of Serbia Office of the War Crimes Prosecutor and the BiH State Prosecutor’s Office to pay special attention, during the forthcoming proceedings against individuals suspected of committing this crime, to the clarification of the role of  then high-ranking FRY officials, as well as to the discovery of the locations with the mortal remains of victims whose bodies have not been found to date.

In addition, since the Law on Civilian Invalids of War  prevents family members of the victims of the crime committed in Štrpci from obtaining the status of civilian victims of war in Serbia, the Women in Black, Youth Initiative for Human Rights, Sandžak Committee for the Protection of Human Rights and Freedoms and HLC call for the institutions in charge to amend this law and allow for a dignified treatment of family members of victims of this crime and other crimes who still live in Serbia today.