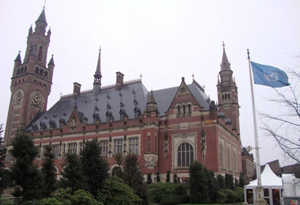 The Humanitarian Law Center (HLC) and the Youth Initiative for Human Rights Croatia (YIHR Croatia) emphasize that the factual and legal conclusions reached by this Court represent a reason and an obligation for the institutions in both of these countries to take their historical responsibility for dealing with the crimes committed by the forces under their control, and to provide the conditions for taking clear and concrete measures aimed at reconciliation between the two nations on the basis of justice and truth.

The ICJ established not only that large-scale crimes were committed by the forces under the direct control of the governments sitting in Belgrade and Zagreb, but it also drew conclusions on the ideological backgrounds of these crimes with respect to the intentions behind the crimes committed. On the one hand, the Court confirmed the conclusions of the ICTY that the crimes of the Serbian forces were committed with the intention to create entities on the territory of Croatia and Bosnia and Herzegovina, which would establish an ethnically homogenous Serbian state in union with the territory of Serbia. On the other hand, the Court offered an interpretation of the Brijuni transcripts according to which the political leadership in Croatia was not only aware that military operations such as those launched in summer 1995 would result in the departure of a significant majority of Serbs from Croatia, but that they actually wanted and encouraged them to leave.

Following the conclusions of the Court on the large-scale crimes that were committed, the YIHR Croatia and HLC underline that it is very important to continue and to further intensify the prosecution of the individuals responsible either directly, or through the exercise of their command responsibility.

The YIHR Croatia and HLC underline that this verdict has intensified the need for the state institutions in Croatia and Serbia to support the founding of a regional commission for establishing facts about victims (RECOM). Furthermore, the ICJ emphasized the importance of further cooperation between the two countries in establishing the fates of missing persons. With this regard, the YIHR Croatia and HLC call upon the governments in both countries to take the necessary steps to open the remaining archives and allow for more intensified endeavours aimed at locating missing persons. Finally, it is necessary that high-ranking officials call on all individuals, in particular those who were serving in the military security forces, some of whom may be in possession of information on missing persons, to make this information available to the institutions responsible for the search for those missing persons.

Croatia initiated the proceedings in July 1999 by filing a lawsuit against the then FR Yugoslavia, alleging that the military, police and paramilitary forces under the control of the state had committed genocide on the territory of Knin, Eastern and Western Slavonia and Dalmatia. At first, Serbia filed an objection regarding the jurisdiction of the Court, which was dismissed in 2008, and then it filed a counter-lawsuit, alleging that Croatia had committed genocide against Serbs during the war, with Operation „Storm“, which was launched in 1995 with the intention of destroying Serbs as an ethnic group, in whole or in part.

Criminal charges against unidentified members of the Užički Corps