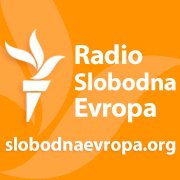 Having spent 20 years at the head of the Humanitarian Law Center (HLC), a NGO working on documenting human rights violations perpetrated during the wars in the former Yugoslavia, Nataša Kandić has stepped down as Executive Director in favour of her deputy, Sandra Orlović.  In doing so, she has brought about a generational change in one of the most important NGOs in the region.  Such a decision is not common practice in Serbia.

This does not mean that Nataša Kandić, one of the region’s most prominent civil activists fighting for the rights of the victims of the Yugoslav wars, is giving up her fight.  Projects such as RECOM and the Kosovo Memory Book, which, she says, demand more of her time, have prompted her decision to step down as the head of the HLC, although she will continue to sit on the Executive Board.

“Over the past two or three years, I have given much thought to the organization’s future.  The HLC and HLC Kosovo have worked jointly on creating those archives.  Now they have become two independent organizations, and it is only natural that two such organizations do not have a future built around myself, nor could they.  Having decided to fully commit my time and efforts to completing important, primarily regional projects, I simply cannot lead them to such a future”, says Kandić.

Nataša Kandić founded the HLC in 1992.  Her vision was to document human rights violations perpetrated throughout the Former Yugoslavia – during the wars in Croatia, Bosnia and Herzegovina and, finally, in Kosovo.

Historian Marijana Toma, having also “grown up” in the HLC, has been appointed Sandra Orlović’s Deputy.  During our interview, Marijana Toma stressed that working for the HLC is a huge responsibility, and that no changes would be made in the organization’s management.

“The focus of our work will continue to be directed at two of the HLC’s main tasks,” says Ms. Toma,  “the first one being the advocacy for the establishment of RECOM, and the other, – perhaps an even more important task –  the creation of an individual record of Serbia and Montenegro nationals who died or disappeared in connection with both the armed conflict in Kosovo, and the wars in Slovenia, Croatia, Bosnia and Herzegovina and Macedonia.”

During the course of her two-decade long endeavour, Kandić has received numerous accolades, both abroad and in the region, including the Martin Ennals Award for Human Rights Activists.  In 2004, Vaclav Havel presented her with the Homo Homini Award on behalf of the People In Need Foundation.  In 2005, Kandić was bestowed with the title of Honorary Citizen of Sarajevo.

Indifference among the civil sector

Despite her worldwide renown, representatives of Serbia’s right wing, both overt and  less overt, have labelled her a traitor, because of her persevering insistence that those who, in the name of the citizens of Serbia, perpetrated war crimes during the wars of the nineties, must be punished accordingly.

Along with several other civil rights activists, she has been stigmatized, not just in obscure far right internet forums, but also on the floor of the National Assembly.  Kandić  says, however,  that she pays little attention to such attacks.

“A human rights activists is necessarily exposed to such unpleasantries because he or she is always raising issues – not as an ordinary member of the public, but as someone who is forced to resort to provocation and pressure in order to bring about changes in certain social values and the rule of law”, stresses Kandić.

“In Serbia”, she adds, “there is great indifference among members of civil society and people who ought to be standing up for the idea of regional reconciliation.  There is no energy, no voice explicitly calling for self-reflection as regards coming to terms with the past”, concludes the former HLC Executive Director.

Kandić, however, firmly believes that the creation of an individual record of all war victims and similar projects will help prevent future conflicts in the Western Balkans.