Nataša Kandić, the Executive Director of the Humanitarian Law Center, opened the debate and presented the main findings of the Report, which occurred as a consequence of trial monitoring and representation of injured parties in war crimes trials. She stated, among others, that the regional cooperation is mainly stalled by political issues and that the greatest problem in cooperation lies in the existence of parallel investigations and the refusal to admit facts established by the other side. Ms. Kandić drew special attention to the problems relating to witness protection and the fact that the judiciaries must not provide shelter for the accused “because we today live in a post-conflict society and we have to know the truth about what happened”. 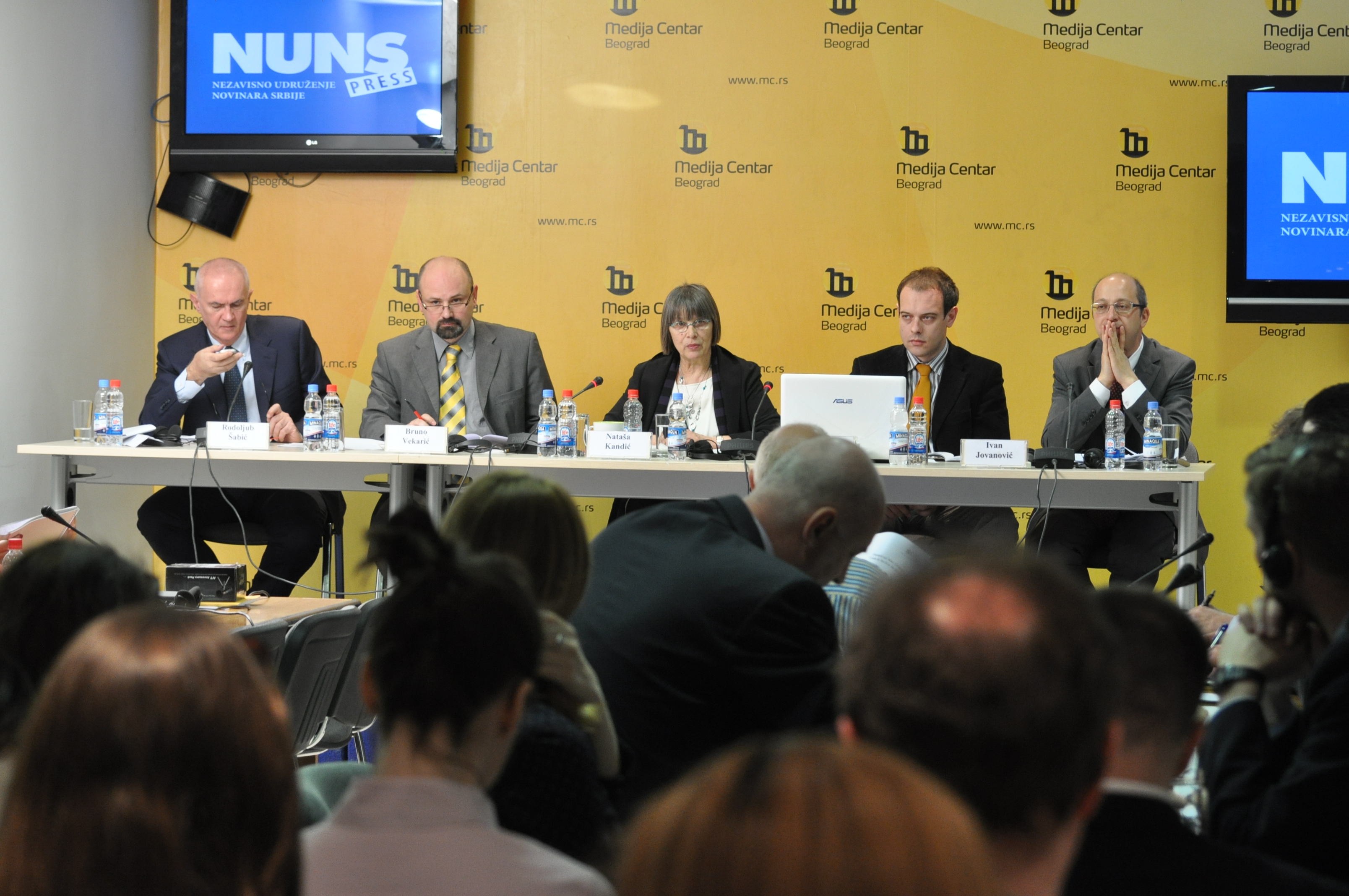 Nikola Čukanović, an HLC attorney, presented the most significant findings of HLC with regard to cases Zvornik II and Oto Palinkaš et al. Čukanović criticized the lenient punishments rendered against two accused in case Zvornik II and underlined that the judgments must not represent only personal or individual decisions made by judges, but they have to stand as a message to the entire society that there is a “social refusal” to accept the crimes committed in our recent past, especially bearing in mind that in this moment these crimes are not followed by adequate social condemnation.

Bruno Vekarić, Deputy War Crimes Prosecutor, thanked HLC for the cooperation and the report it published, and he highlighted that the Office of the Prosecutor regards this report as a constructive and positive critique. He gave a positive assessment of the work of the Office of the Prosecutor. Responding to the HLC’s critique that the Office of the Prosecutor initiated a small number of cases during the year of 2011, Mr. Vekarić stated that the quality of the indictments filed is still much more important than the number of initiated cases and he sees the success of the Office of the Prosecutor in the fact that most of the indictments result in convictions. Mr. Vekarić also said that it is necessary to pay more attention to the witness protection system, especially in cases of rape victims.
Rodoljub Šabić, the Commissioner for the Information of Public Importance and Personal Data Protection, spoke about the dilemma which occurs due to the right of individuals to the protection of personal data and the right of the public to know the truth. Speaking of the criminal act of unauthorized public commenting of court proceedings, Mr. Šabić underlined that there must be a premise that judges are independent in their work and that comments made by the public, experts or non-governmental organizations about the decisions they make cannot impact their work, but that it is a completely different situation when such comments come from representatives of the government authorities. Mr. Šabić mentioned that courts must protect personal information of persons who have been finally convicted, but that names of the convicted individuals must not be concealed from the public. 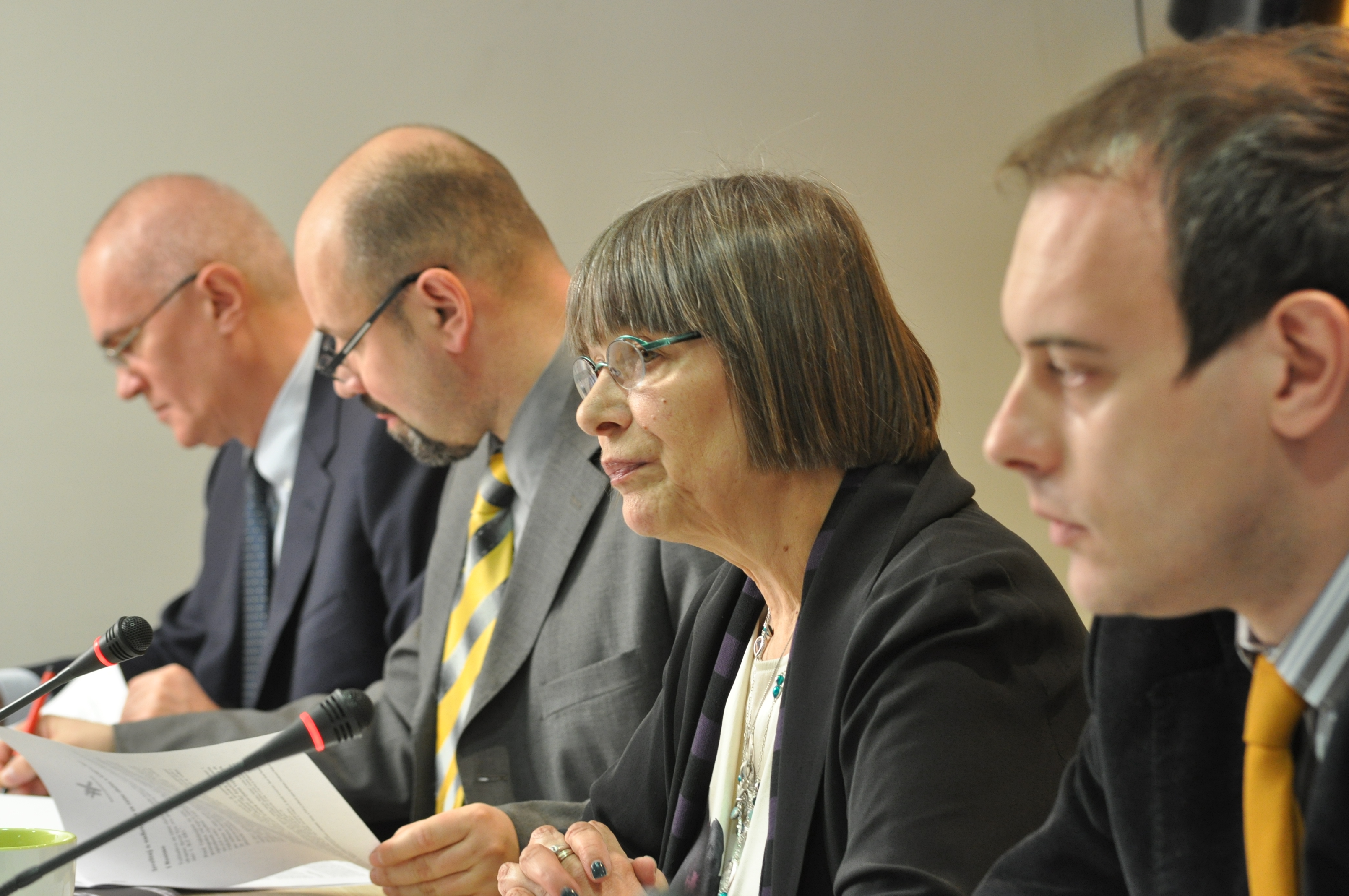 “The Witness Protection Unit was our pride and joy in the year of 2004 and today there is a need for an urgent reform of this body”, Ivan Jovanović, the Head of the Department for War Crimes and an associate of OSCE stated. He welcomed the practice of domestic courts to found their decisions on the international law, but he also underlined that there is a certain inconsistency regarding the qualification of criminal acts, reasoning, and sentencing. Speaking of regional cooperation, Mr. Jovanović highlighted that before the Office of the War Crimes Prosecutor stands a great challenge to win the trust of the public in other countries in the region and this must be done by filing indictments against high-ranking individuals and it should prosecute certain cases related to the genocide committed in Srebrenica. With regard to the omission of parts of judgments containing personal information of the accused and the victims, Mr. Jovanović highlighted that victims expect to be named in judgments because they see this as an aspect of serving the justice and the acknowledgment of their sufferings. 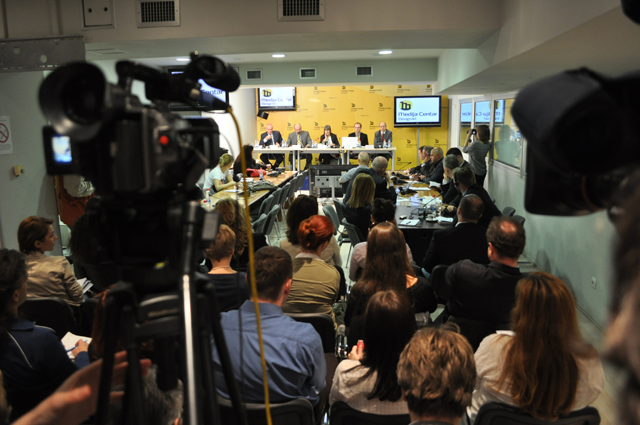 After these opening remarks the debate was opened and it was attended by judges, attorneys, witnesses, and human rights activists, who presented their opinions and information relating to war crimes trials in the Republic of Serbia. One of the most signific
ant topics of the debate was the witness protection program and on this occasion all speakers called for the respective institutions to improve the position of witnesses, including protected witnesses and insider witnesses, as well as witnesses who were victims of torture and rape, who should receive special psychological support and security.