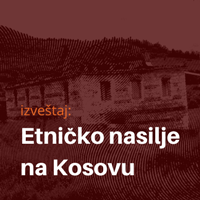 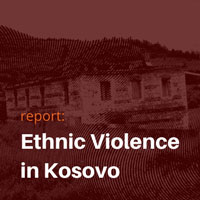 Following June 1999 the Serbs in Kosovo have been having a hard time. After the withdrawal of the Serbian army and the police, they became the targets for the KLA and criminal groups. Numerous murders, abductions and property destruction happened in the presence of the international forces. The absence of KFOR’s reaction persuaded even those Albanians who were against the violence that the international community was supporting the idea of the extreme political groups that Kosovo should be free of the Serbs. On 17 March, with the exception of Mitrovicë/Mitrovica, UNMIK and KFOR, once again and primarily through their omission to act, encouraged the Albanian extremists.

Posted On 3rd September 2015 ~ Comments Off on Audio-Visual Presentation „The ICTY’s investigation, reconstruction and prosecution of crimes committed in Srebrenica in July 1995“ to be displayed in Belgrade from 14-19 September 2015
U organizaciji Fonda za humanitarno pravo i SENSE – Centra za tranzicijsku pravdu, Pula 14. septembra 2015. godine u 18:00h u Centru za kulturnu dekontaminaciju

Lazar Stojanović has Passed Away

Posted On 19th Juni 2007 ~ Comments Off on Practice of Implementing the Law on the Use of Language in the Kosovo Education Process
U periodu od februara do maja 2007. godine članovi istraživačkog tima FHP – Kosovo su pratili da li se u praksi primenjuju odredbe člana 4.4.