Josipović: Justice, peace, and understanding are not achieved easily

BELGRADE, July 19, 2010 – President of Croatia Ivo Josipović talked today with representatives of non-governmental organizations from Serbia and said that he would personally continue using his political engagement to contribute to the reconciliation in the region. 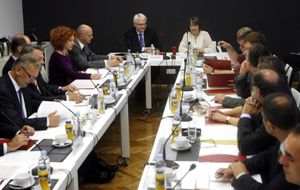 “Before I became president, I participated in various seminars and educational programmes dedicated to this issue, and now, as president, I can do more through my political activities”, said Josipović. He added that his position on the reconciliation process on in the region has remained unchanged.

“I know that time goes by really slowly for victims and their families, but I also know that justice, peace, and reconciliation cannot be achieved easily”, said Croatian President, and added that relations between the nations in the region have improved lately. 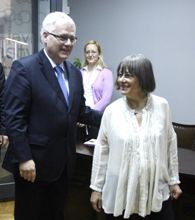 Director of the Humanitarian Law Center Nataša Kandić expressed her satisfaction seeing the Serbianand Croatian flags flying together on the streets of Belgrade, representing “a signal of newstrategies and politics in the region”.

Kandić called upon President Josipović and politicians in the region tosupport the dealing with the pastprocess in order to build a better future.

Freedom of movement, problems with refugees returning home, real estate and property rights, freedom of the press, and the rights of marginalized groups such as the LGBT populations are some of the issues discussed at the meeting.

Criminal charges for the murder of Matijević familly in April 1992