Conference: Assessment of access to justice for minorities in Kosovo 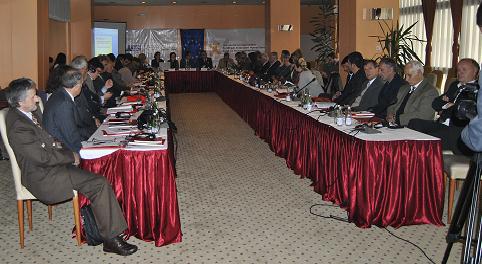 n the introductory part of the conference, Drita Bala, coordinator of the HLC Kosovo project, presented the basic findings of HLC Kosovo’s report assessing minorities’ access to justice for Kosovo. The report is based on a survey carried out by the HLC Kosovo in most courts in Kosovo between March 2009 and February 2010, as well as interviews with members of minority communities who exercised their rights before the courts in Kosovo. The aim of this study was to assess the extent to which members of minority communities have access to the courts in Kosovo, whether they are satisfied with the conduct of the courts in their cases, whether they are familiar with the right to free legal aid in cases in which they appear as a party and the structure of completed cases in relation to the nationality of the parties. In addition, HLC Kosovo investigated whether the courts apply the Law on the Use of Language and respect for the regulatory framework in the judicial system in Kosovo (UNMIK 2006/25 REG), which prescribes the representation of members of minority ethnic communities in judicial institutions in Kosovo. 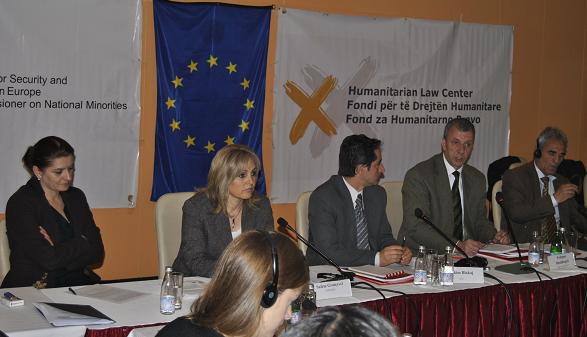 The President of the Constitutional Court of Kosovo Prof. Dr. Enver Hasani informed the participants of the native and national representation of employees in the Constitutional Court of Kosovo. He said that the Constitutional Court of Kosovo had fulfilled its obligation as prescribed by the regulatory framework in the judicial system in Kosovo (UNMIK 2006/25 REG) on the provision of a quota of 15 percent of employees coming from minority communities.
Kapllan Baruti, president of the District Court in Mitrovica, spoke about the problems they face in their daily work and the ongoing violations of human rights of citizens (right to trial within a reasonable time, the right to freedom of movement, etc).  Judge Baruti sent an appeal to the Kosovo authorities, the Kosovo Judicial Council and representatives of the international community to urgently ensure the functioning of the judicial authorities in northern Mitrovica.
Trifun Jovanovic, head of the Liaison Office with the courts (Department of Forensic Integration Ministry of Justice of Kosovo) described the mandate of the Department and briefed those present on the national, gender and qualification structure of employees. In addition, Mr. Jovanovic pointed out numerous problems that the Office of Liaison with the courts faced in their daily work.
The conference participants all supported HLC Kosovo’s recommendations contained in the report.
RTK, TV 21, KTV, and Kosova press gave the conference media coverage.
The conference was made possible by the financial contribution of the European Commission Liaison Office and the OSCE High Commissioner for Minority Rights.