Vukovar 1991 Association and HLC on Detention Camps in Serbia 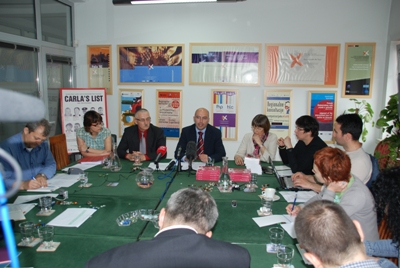 Vukovar 1991 Association and HLC held a press conference in Belgrade on 22 May 2008 about the criminal complaint that the Vukovar 1991 Association submitted to the war crimes prosecutor relating to the unlawful detention of Croats in camps in Serbia in the period from October 1991 until August 1992. Journalists from local media and several journalists from Croatian TV stations and newspapers attended this press conference.

Nataša Kandić opened the press conference by saying that the Vukovar 1991 Association and HLC have a common objective to publicly disclose the truth about the camps in Serbia and prosecute the commanders and immediate perpetrators responsible for the unlawful detention of civilians, wounded soldiers, women, and children, and for the torture of prisoners, and failure to prosecute the cases of serious human rights violations. The existence of such camps is denied in Serbia: those who created them deny them and the present government remains silent on this matter. On the other hand, there are victims, who testify about torture, killings, and inhumane conditions in the camps in Sremska Mitrovica, Stajićevo, Begejci, Military Prison in Niš, Prison in Aleksinac, and Military Investigation Centre in Belgrade.

Zoran Šangut, the President of the Vukovar 1991 Association, and Sandra Orlović, HLC Deputy Executive Director, submitted a criminal complaint to Vladimir Vukčević, the Republic of Serbia War Crimes Prosecutor, containing the names of 54 commanders and guards in the camps in Serbia: the Prison in Sremska Mitrovica, the Military Prison in Niš, the Military Investigation Centre in Belgrade, and in Begejci, and Stajićevo, in which more than 7,000 Croatian civilians, wounded soldiers, and prisoners of war were held, tortured, and kept in humiliating and inhumane conditions after the Serb forces [JNA] took over control on the territory of South Slavonia as of October 1991. 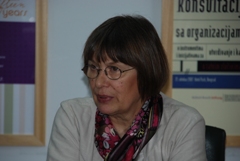 Zoran Šangut spent 130 days in camps in Serbia. He was first taken to the camp in Stajićevo, after which he was transferred to the military prison in Niš, and then to the camp in Sremska Mitrovica. After a meeting he had with the Serbian War Crimes Prosecutor, Vladimir Vukčević, and his Deputy, Prosecutor Veselin Mrdak, Šangut is convinced that there are people in Serbia and Croatia “who want all war crimes to be prosecuted regardless of their national background”. He finds it very important to publicly reveal that there were guards who helped prisoners, who did not beat them despite the orders and opportunity to do so. 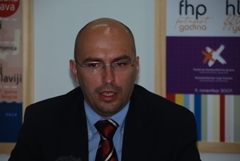 Stanko Zadro, a former prisoner of war, who was held in the Stajićevo camp and whose 70-year-old father spent four months in the camp in Sremska Mitrovica, joined the Vukovar 1991 Association because he wants to give his support to the goodness, love, peace, and truth that are the only tool for presenting things the way they are. He drew attention to the name of prisoner Aleksandar Jeftić in particular, a Serb and a defender of Vukovar, who was recognized in the camp by a man who used to be his commander in the army and due to which he managed to rescue 150 prisoners. 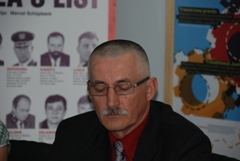 Sandra Orlović, who is engaged in documenting camps in Serbia, stated that it is very hard to deal with the fact that children and old people were detained in these camps. She mentioned that two boys, one seven and the other less than one year old, were detained in these camps and they were placed in a room so crowded that people could only sleep on their sides. Some guards had their rifles pointed at these two boys. She also described the tragedy of one mother from the Boško Buha quarter in Vukovar, who lost one son in the fights in Vukovar and JNA soldiers separated her other son from her near Velepromet. They put her on a truck and took to Begejci and she has not seen her son ever since. She sat along with other prisoners on the concrete with her head down and hands behind her. Guards frequently came to the barn where they were held, lined the prisoners and forced them to sing the anthem of the Socialist Federative Republic of Yugoslavia. When the prisoners were sitting on the concrete, the guards hit them with batons on the head, and they asked some of the prisoners to cover their heads so that they would not see who was hitting them. 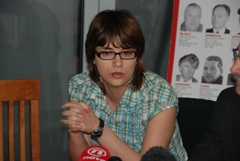