The report by the Humanitarian Law Center (HLC) analyzes how are the existing mechanisms for public access to trials for war crimes applied and recommends necessary changes in the legislative framework and practice.

The report is based on several years of practice of the HLC, that monitors national war crimes trials from the start, obtains relevant court documents and reports about them to the public.

The report “Public’s Right to Know of War Crimes Trials in Serbia” is available here.

END_OF_DOCUMENT_TOKEN_TO_BE_REPLACED

The Humanitarian Law Center (HLC) filed a criminal complaint on November 2, 2016, with the Office of the War Crimes Prosecutor of the Republic of Serbia, for a war crime committed in October 1991 against Croat civilians in the village of Lovas in Croatia (CRO).

The complaint was filed against the former Commander of the Second Proletarian Elite Motorized Brigade of the Yugoslav People’s Army (JNA 2nd PEMBR), Dušan Lončar.

On October 9th, 1991, Dušan Lončar ordered an attack on the village of Lovas (East Slavonia) and the cleansing from the terrain of members of the Croatian National Guard and of the Republic of Croatia Ministry of the Interior, as well as of population ”showing hostility”. Early in the morning the following day, Lončar ordered the Howitzer Division of the JNA 2nd PEMBR to open fire and launch an artillery attack on Lovas, in which two Croat civilians were killed. Soon after this, members of the Dušan Silni (‘Dušan the Mighty’) volunteer unit entered Lovas, as part of the execution of the order issued by Lončar, and started shooting at random, and throwing hand grenades into backyards and houses. They killed several civilians while they were in their homes, and took others outside their houses and killed them in the street or other places, which resulted in the destruction and damaging of civilian property and the death of 21 civilians. END_OF_DOCUMENT_TOKEN_TO_BE_REPLACED

The Court of Appeal in Belgrade has upheld the first-instance ruling by the First Basic Court in Belgrade which awarded the Chief of the Serbian Army General Staff 550,000 dinars in damages for the mental anguish he suffered as a result of the damage to his honour and reputation caused, as found by the court, by the Humanitarian Law Center (HLC) which published untrue factual allegations in its “Ljubiša Diković” File, and by HLC founder Nataša Kandić, who publicly expressed untrue factual allegations and value judgements about him which were offensive and harmful to his dignity. In the view of the HLC, the Court of Appeal’s ruling departs drastically from the case law of the European Court of Human Rights (ECHR), further limits the space for debate on issues of public concern, and protects government officials from any criticism and public scrutiny of their possible criminal responsibility for past war crimes. The HLC will lodge an appeal with the Constitutional Court against the ruling. END_OF_DOCUMENT_TOKEN_TO_BE_REPLACED

END_OF_DOCUMENT_TOKEN_TO_BE_REPLACED

After 12 years of contacts between prosecution offices in the region within the framework of cooperation in the prosecution of war crimes, the Office of the War Crimes Prosecutor (OWCP) of the Republic of Serbia for the first time did not participate in the regional conference of war crimes prosecutors, the tenth in the series, which began on the 5th September 2016 in Brijuni, Croatia. This is a dramatic change in long-standing practices, and it is happening at a moment of severely undermined bilateral relations (available in Bosnian) between Serbia and Croatia, and a political crisis (available in Serbian) in the region. The Humanitarian Law Center (HLC) feels that this is an alarming indicator of political influence being exerted on the judiciary, and points out that the decision on non-participation by the OWCP at the conference is in direct conflict with the obligations which the Republic of Serbia committed itself to with the Action Plan for Chapter 23 and the National Strategy for the Prosecution of War Crimes. END_OF_DOCUMENT_TOKEN_TO_BE_REPLACED

On 18 July 2016, the Commissioner for Information of Public Importance and Personal Data Protection (Commissioner) sent a request to the Government of the Republic of Serbia to ensure the execution of his decision of May 2014, which ordered the Ministry of Defence (MoD) to provide the Humanitarian Law Center (HLC) with information as to whether two officers of the Army of Serbia (VS) – Pavle Gavrilović and Rajko Kozlina – remained in active service after an indictment was raised against them for a war crime. The HLC believes that complying with the request of the Commissioner and ordering the MoD to communicate the information requested should be a priority for the Government, in order to make it clear that state authorities may not violate the public’s right to know the facts about past crimes and the role played by the state in these crimes, especially where people who are still in the public office have been involved in them.
END_OF_DOCUMENT_TOKEN_TO_BE_REPLACED 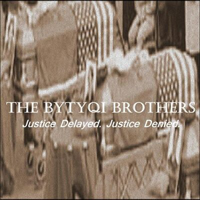 8 July 2016: To mark the 17th Anniversary of the Bytyqi murders, please read this Open Letter to European Union and United States leaders on the failures of Serbia’s war crimes processes and in the Bytyqi case. The letter is signed by nearly forty experts with considerable experience in government, academia, and within the NGO community on the Balkans.

END_OF_DOCUMENT_TOKEN_TO_BE_REPLACED

The First Basic Court in Belgrade has rendered a judgement upholding in part the lawsuit filed by the Serbian Army Chief of General Staff for the compensation of damages caused by the psychological pain suffered due to the violation of his honour and reputation inflicted by the Humanitarian Law Center (HLC), who published allegedly false factual accusations in the ‘Ljubiša Diković Dossier’, and Nataša Kandić, who exposed in public allegedly false factual accusations and value judgements, which were of an offensive nature and violated human dignity. The Court granted the amount of 550,000 RSD in damages, assessing that the amount requested (1,000,000 RSD) was set too high.  END_OF_DOCUMENT_TOKEN_TO_BE_REPLACED