After 12 years of contacts between prosecution offices in the region within the framework of cooperation in the prosecution of war crimes, the Office of the War Crimes Prosecutor (OWCP) of the Republic of Serbia for the first time did not participate in the regional conference of war crimes prosecutors, the tenth in the series, which began on the 5th September 2016 in Brijuni, Croatia. This is a dramatic change in long-standing practices, and it is happening at a moment of severely undermined bilateral relations (available in Bosnian) between Serbia and Croatia, and a political crisis (available in Serbian) in the region. The Humanitarian Law Center (HLC) feels that this is an alarming indicator of political influence being exerted on the judiciary, and points out that the decision on non-participation by the OWCP at the conference is in direct conflict with the obligations which the Republic of Serbia committed itself to with the Action Plan for Chapter 23 and the National Strategy for the Prosecution of War Crimes. END_OF_DOCUMENT_TOKEN_TO_BE_REPLACED

END_OF_DOCUMENT_TOKEN_TO_BE_REPLACED

Regarding statements by Ministers in the Serbian government Ivica Dačić and Aleksandar Vulin: Instead of “exonerating” Milošević, better to Establish the Facts about the Past

Responding to the claims of certain analysts and bloggers, according to whom the former president of Serbia and the Federal Republic of Yugoslavia (FRY) Slobodan Milošević was „exonerated“ of the charges for crimes committed in Bosnia and Herzegovina by the ICTY judgment rendered in the case of Radovan Karadžić,  Serbian government ministers Ivica Dačić and Aleksandar Vulin have rushed to accept such a view and to conclude that „the ICTY has confirmed the legitimacy of Milošević’s policy“. The Humanitarian Law Center (HLC) strongly condemns statements the purpose of which is to deny the facts about the wars in the former Yugoslavia and to restore Milošević’s policy. The HLC demands that the state authorities of Serbia start a broad social debate on the past and initiate setting up the Regional Commission for the establishment of the facts about war crimes and other serious violations of human rights committed in the former Yugoslavia from January 1, 1991 until December 31, 2001 (RECOM). END_OF_DOCUMENT_TOKEN_TO_BE_REPLACED

The 4th and 5th of August 2016 mark the 21st anniversary of Operation “Storm”, which will be commemorated this year in both Croatia and Serbia with state-sponsored events: in Croatia with a victory celebration and gratitude to its veterans, and in Serbia with a church service for the victims. Despite the declared commitments to victims of the “Storm” by Serbian state leadership ahead of each anniversary, these victims in Serbia have now remained completely deprived of their rights. The Humanitarian Law Center (HLC) uses this opportunity to call upon competent institutions to comprehensively resolve the issues of compensation and support to their citizens who have suffered, as civilians, grave violations of their basic rights during the armed conflicts of the 1990s.

END_OF_DOCUMENT_TOKEN_TO_BE_REPLACED

On 18 July 2016, the Commissioner for Information of Public Importance and Personal Data Protection (Commissioner) sent a request to the Government of the Republic of Serbia to ensure the execution of his decision of May 2014, which ordered the Ministry of Defence (MoD) to provide the Humanitarian Law Center (HLC) with information as to whether two officers of the Army of Serbia (VS) – Pavle Gavrilović and Rajko Kozlina – remained in active service after an indictment was raised against them for a war crime. The HLC believes that complying with the request of the Commissioner and ordering the MoD to communicate the information requested should be a priority for the Government, in order to make it clear that state authorities may not violate the public’s right to know the facts about past crimes and the role played by the state in these crimes, especially where people who are still in the public office have been involved in them.
END_OF_DOCUMENT_TOKEN_TO_BE_REPLACED

Office of Public Prosecutor Instrumental in Shielding Government Institutions from Responsibility: Claims against Commissioner for Information of Public Importance

In April and May 2016, the Office of the State Public Prosecutor (SPP) lodged two claims with the Administrative Court seeking the annulment of the decisions of the Commissioner for Information of Public Importance and Personal Data Protection (Commissioner), by which the Commissioner had ordered the Ministry of Defence (MoD) to provide the Humanitarian Law Center (HLC) information of public importance concerning the professional engagement of two officers of the Yugoslav Army (VJ) during the Kosovo conflict. The HLC considers that the SPP has abused its legal powers in order to shield individuals and institutions from responsibility for past crimes to the detriment of the public’s right to know, and that these claims constitute in effect an open attack on the office of the Commissioner. END_OF_DOCUMENT_TOKEN_TO_BE_REPLACED

An intergovernmental conference of representatives of EU member states and Serbia was held in Brussels on 18 July 2016, marking the opening of Chapter 23 (Judiciary and fundamental rights) and Chapter 24 (Justice, freedom and security) within the negotiations for Serbian accession to the EU. The Humanitarian Law Center (HLC) welcomes this step in the European integration of Serbia, but also points out that the institutions of Serbia still have a lot of work to do in applying the mechanisms of transitional justice and dealing with the legacy of the recent past.

END_OF_DOCUMENT_TOKEN_TO_BE_REPLACED 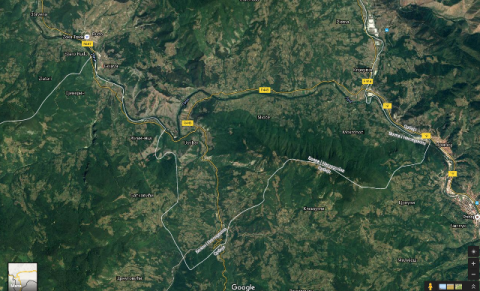 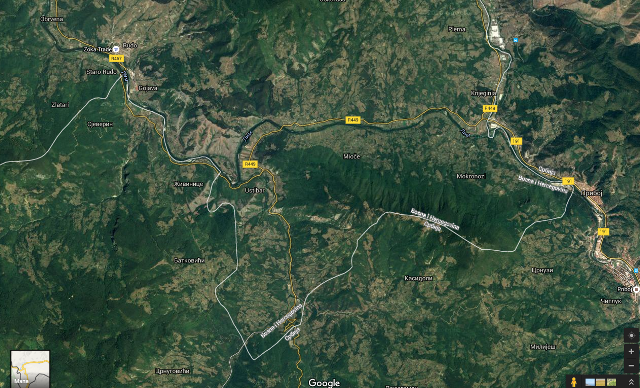